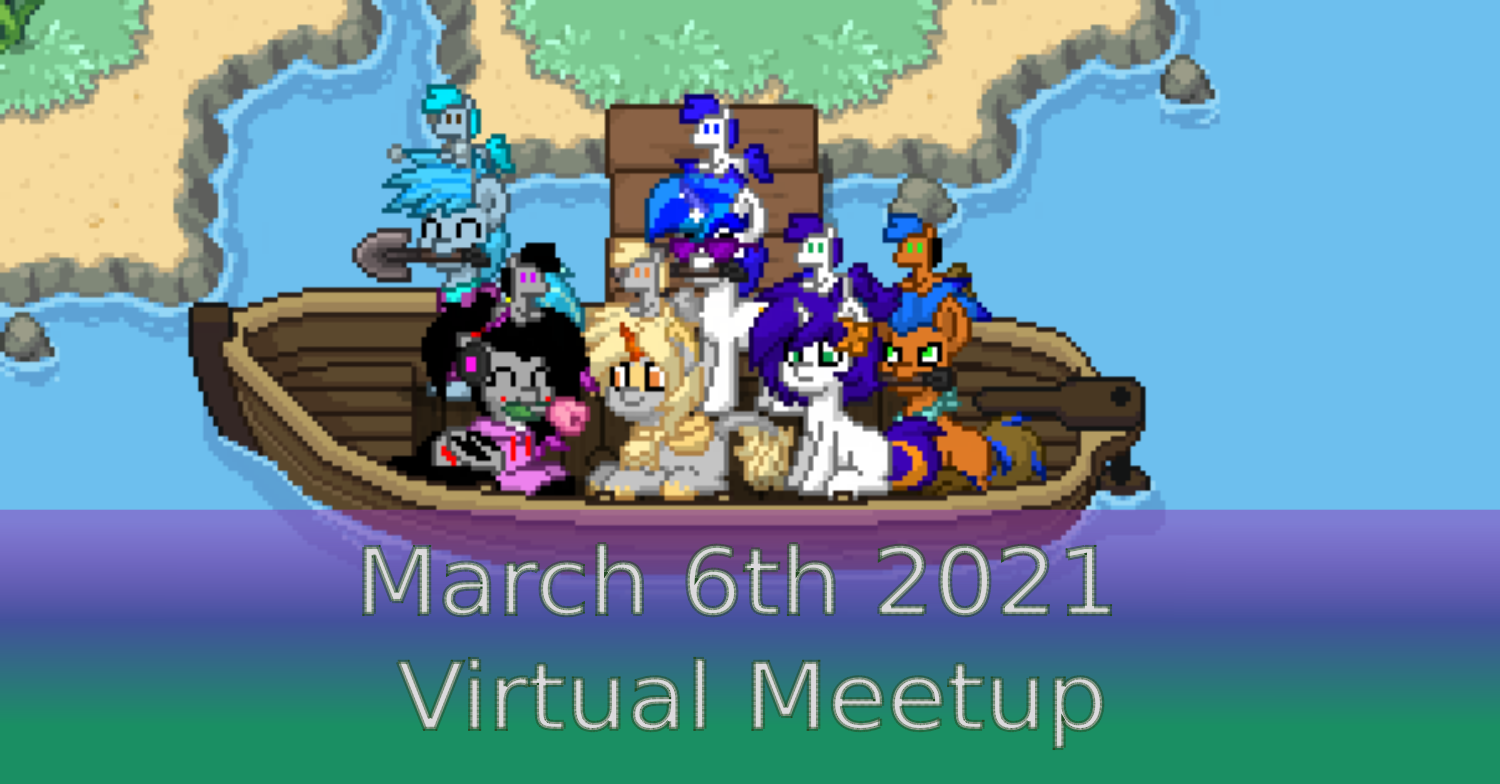 The voting for the next Trottinghamshire Meetup is now closed and the date picked for the next virtual meetup is the 6th of March. This date was picked due to it being the most popular day, the least disliked day, and the day that gives people the most notice.

On a related note, our January Meetup this month had about 5 people on the call over the course of the meetup. Most of the meetup was spent chatting about computer hardware, internet memes, technology, and projects people have been working on.

There was also talk about playing Twilight Sparkle’s Secret Shipfic Folder at the next meetup using Tabletop Simulator.

The plan for the next meetup

The plan for the next meetup is to run a Virtual Meetup as an
audio/video call in our Trottinghamshire Bronies Discord Server within the Trottingham🔈 channel, between 12:30 pm and 5:30 pm (-ish).

If there are enough people interested in Twilight Sparkle’s Secret Shipfic Folder, or other online games, we will use one of the three extra breakout channels (Canterlot🔈,Ponyville🔈,Cloudsdale🔈) to help coordinate playing them.